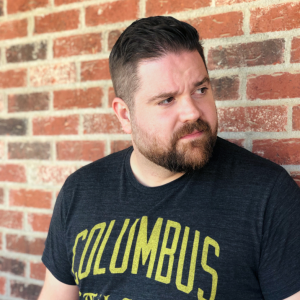 In the 90’s, when I was growing up, recording videos was a task. Unpacking the HUGE ASS CAMCORDER, finding a new tape (or recording over VHS recordings of sitcoms that my parents/sister had saved for later… oops!), setting up the camera, finding out that the battery wasn’t charged since the last time I used it and then charging it in 5 minute intervals because I was impatient, and so on…

2019: My kids prop their iPads against the wall, hit record, and go crazy. It’s crazy how simple technology has made it for them to innovate and create. Bonus; It also gives me a glimpse into their world when I scrub through the hours of footage. I get to see them being… well, them. Pure. No one to impress. It’s brilliant.

I remember watching a video of my oldest daughter, Emberlynn (or Emmy as we call her), as she was dancing around acting goofy. She stopped, looked straight into the camera, and dropped a truth bomb. Emmy said “Come on people! Get messy! Make mistakes!”.

I heard this and stopped dead in my tracks. It’s haunted me ever since. I need to hear this today and every day, and I thought someone else might need it as well.

A note to myself:

Your magic is released when you create recklessly and chaotically, with the only intent and purpose of getting OUT what’s inside of you. Creation for the sake of creation.

Relax. Quit striving for the “perfect” someday, and embrace the chaos and mess of today.

Your mess and your mistakes are your superpowers. They are not a source of shame. They are not dirty. They have made you who you are and they help you bring the full weight of who you are into all of your endeavors and relationships. Embrace them. Share them. Unapologetically.

PrevPrevious PostHow to Show Up When Your Tribes Need You
NextProcess Series Vol. 1 – No PresentationsNext

Reach out to us

WE LEAD BRANDS INTO BRAVERY.

Brand Magic is our foundational 6-hour brand workshop where we figure out what it is that makes your brand special. Spoiler alert: It’s you.